Throughout this series of entries (called “Let’s get started!”) I will try to explain what you need to start playing Batman Miniatures Game.

Like any game that has been in the market for a few years, and BMG is celebrating its fifth anniversary, we have several rulebooks and supplements … which makes difficult for the newcomer to know what he needs, and adds the problem that the rules aren’t in just one book (so you have to carry more than one to your games).

There are three books to date: 1) the Batman Rulebook, 2) the supplement The Flash & the Arrow (F&A) and 3) the Sucide Squad set mini-rulebook (SS). To complicate it a little more, we’ll have the Arkham Knight campaign rulebook in a few weeks.

The Batman Rulebook should be “the one” … but unfortunately it is not. After several years on the market it contains some errata and rules that have been modified or clarified, altought nothing to worry or not solved by the F.A.Q…

The Flash & the Arrow is a supplement that includes the rules for playing vehicles and Speedsters, as well as some new traits that do NOT appear in any other sourcebook (wich is, in my opinion, a big mistake). Despite its really nice presentation, F&A is a pretty expendable book (even if I must confess I own one and I love it!)

The Sucide Squad mini-rulebook is probably the most complete and appropriate. It contains the updated rules, some corrected traits (but not all of them), equipment… The problem is that you’ll have to buy a starter set that you may not need.

And to finish with the books, we have the Arkham Knight campaign one. Again, it seems to include new traits (which will force us to carry with at least 3 books) and equipment. In this case, the book focuses on the campaign mode, something that I’m very interested in… but the fact that it includes new traits is certainly a mistake.

Many companies believe that giving the rules for free to players decreases the sales of their books. I understand that… but it seems a wrong policy to me. I think that giving the rules to the players as a PDF makes them to focus on miniatures, games and throwing dice, and can catch the attention of more players … and knowing the profile of the wargames players (and in this case of the comic readers), it is very likely that the vast majority of them will end up buying the books.

In any case … If I were you and I wanted to play Batman, I would go with the SS rulebook and make sure that in my game group there was a copy of the F&A and the AK Campaign. Unfortunately, I think the hard cover rulebook does not worth… 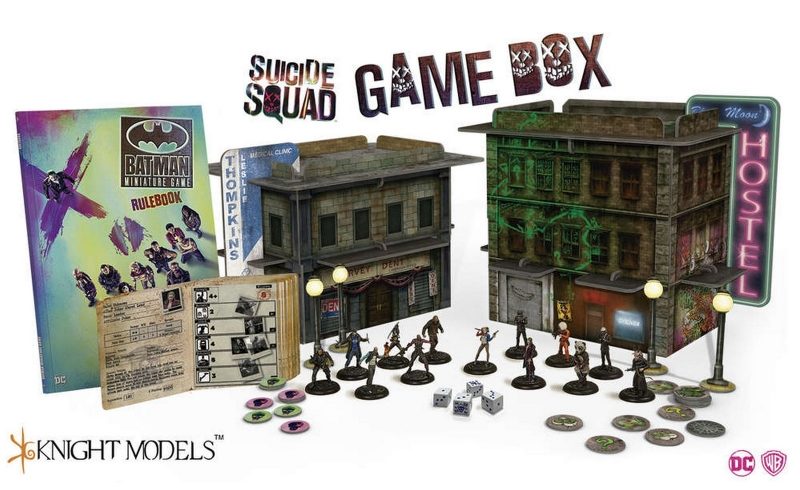 Ah! You should also download the F.A.Q.s from the Knight Models web. Because … what’s a miniatures game without a F.A.Q.?

I laughed a lot watching the Suicide Squad movie. That’s the best thing I can say about the David Ayer’s movie. It’s not that I didn’t like it … it’s just that it was a crazy nonsense to me. And that during the first hour, in which the characters are introduced, things seemed to go quite well… but the rest of the film is not at the same level.

The fact is that my first step in to the Batman Miniatures Game was with the Suicide Squad box, a real good product from Knight Models with all you need to play: rules, buildings, dice and two complete bands.

In spite of the sensation that the film left me, I did not hesitate to play the Suicide Squad band. The miniatures are spectacular, but it also allows me to deploy a lot of different characters that I love (Reverse Flash, Gorilla Grodd…).

Believing that I wouldn’t be able to paint the miniatures good enough, I decided to send them to one of the best painters I know (Albert Martínez «Lubeck»). And this is what he did with my Suicide Squad…

You can see more images in the author’s blog. I can’t wait to take them to the dark alleys of Gotham…

I’ve never been a DC fan. I had my baptism of fire with Bill Sienkiewicz’s New Mutants and grew up with Rob Liefeld’s and Greg Capullo’s X-Force. And I’m not ashamed to say that during the ’90s I gave a try to every Image Comics collection.

But this all changed when a few months ago I put my hands on the Suicide Squad box (from Knight Models). Then I got in to the Batman Miniatures Game (BMG), taking with me some of my buddies from the club Atalaya Vigía (Watchtower).

We were looking for a game to represent the fights between our favorite superheroes… without much success. And although we knew the existence of BMG, we had never paid it much attention … but when I tried it I saw the light. Or the darkness. Because that’s where BMG excels: representing the nocturnal and oppressive atmosphere of Gotham City. The dark alleys, the neon lights, the bat-signal reflected on a sky covered with black clouds…

And here I am. Embracing the night. Watching the dark alleys from the heights. And this is what this blog is about: the Batman Miniatures Game and the games we play at the club Atalaya Vigía.

So, welcome to this page. 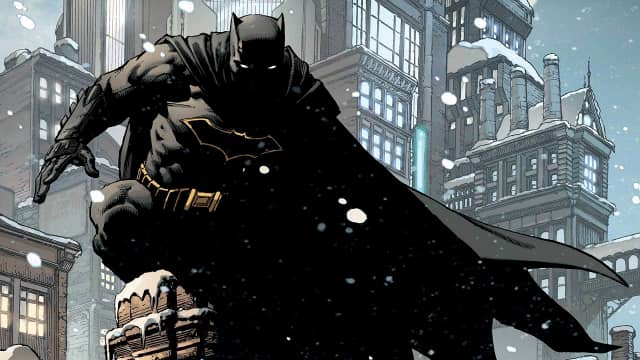 P.S. I hope my English is good enough to make this understandable. If you have any suggestion about the translation… just let me know, mate!